Remember anti-globalisation?Remember when right and left campaigners said 51% of the world’s largest economies were companies?When “Corporations rule the world”, back in the late 1990s?I recall going to confused anti-globalisation protests in 2000/2001.

In Prague, where protestors got up at 5am to get ready to later storm McDonald’s, and stood around drinking coffee beforehand from er, McDonald’s.

Blaming big companies were all the rage then. Blaming them for the impacts of global commerce.

Of course, executives in large companies rarely saw themselves this way. The negative impacts were mostly an accident, in that we failed to realise, or to know how to change, systems which caused negative externalities.

Today most big firms outside fossil fuels (the coming pariah in the case of coal) do much more to ameliorate negative impacts. Often they don’t succeed. There are, after all, lots of variables. Some mean it more than others, some fund it more than others. This is fairly clear today.

The climate debate to me, demonstrates a serious rebalancing of the sense of corporate power vs. government. Ever-larger groups of companies, from insurance to food to even energy, now hand wring in public about global carbon prices and taxes. And well they might, as the Guardian reports thus: 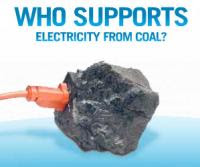 The Guardian claims that: “Pledges made by countries to cut their carbon emissions ahead of a crunch climate summit in Paris later this year will delay the world passing the threshold for dangerous global warming by just two years, according to a new analysis.

The research, led by a former lead author on the UN’s climate science panel, found that the submissions so far by 36 countries to the UN would likely delay the world passing the threshold until 2038, rather than 2036 without the carbon cuts.

However, more than 150 countries have yet to submit their carbon pledges despite a deadline of the end of March. While most are relatively small emitters, commitments by big polluters such as India could significantly change the picture.”

The last line here is significant. As is this quote:

“What we see in the economic and technological potential for emissions reductions gives us hope that if governments are willing to move fast enough in the next 5-10 years, we might still make it. All that is lacking is political will.”

It’s clear the ‘globalisation power’, companies were credited with all those years ago has been both revealed to be a little over done and now offset by greater knowledge of activities or impacts. This has driven significant change, not least by companies themselves now they are more aware of their impacts in the value chain. That’s not to say the debate doesn’t and shouldn’t go on, as the TTIP conversation and negotiation shows. 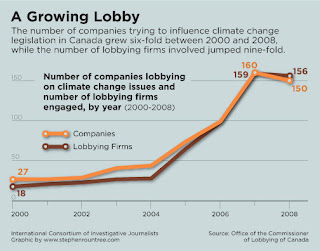 That corporate power so overtly debated in the last 15 years now needs to be turned to tackling climate change, if the science is right.

Some companies are doing this, as we know. The Financial Times reports today that:

“Ikea, the Swedish home furnishing group, has vowed to spend €1bn on renewable energy and other measures to tackle climate change in a move that dwarfs what some countries are doing to address fossil fuel pollution.” (More here)

Ikea thinks if companies emulate their investments “we would flip electricity generation into being renewable-based by 2020 or shortly thereafter,” said Steve Howard, Ikea’s chief sustainability officer.

Whilst we’d all like this to happen, the reality is most companies are not going to do what Ikea has announced it will do. Modern, dispersed and short termist shareholder capitalism will not allow it.

So perhaps the key question for companies today is, what can and should they do, when their own investments, CEO public pronouncements, group letters and other cries for GHG regulation do not drive governments to agreement on carbon prices, taxes and enforcement?

This is most definitely the case today.

Climate marches by concerned citizens also haven’t yet delivered serious political will that lasts (look at the UK on decarbonisation and even Germany, on nuclear).

The question big business collectively needs to think about is, what can be done (outside the fossil fuels sector) to make governments pay attention? When lobbying and individual corporate investments fails, is there another course of action?

Will big business one day sponsor citizen climate marches? Ben & Jerry’s advocating climate action is one thing, Unilever across all their brands another.

Imagine that across every brand in the Consumer Goods Forum. Across emerging markets.

Imagine every member of CGF hugely improving their public commitments to emissions reduction?

Companies can’t really go on strike, like trade unions do to get government attention.

Leading companies, already undertaking fierce and consistent lobbying will be joined by those also making investments in energy efficiency, renewable energy technology, and in the case of energy firms, perhaps even carbon capture and storage (sadly lacking so far).

Alongside this, collusion with citizen groups, and each other, to create mass pressure on governments may be the only way to literally, save the world.

We’ll be publishing a series of articles related to climate, solutions and policy by Paul Hohnen in the coming weeks and months.

Future dates for your diary: