Back in March I taped a podcast with John Sauven who runs Greenpeace UK.

About 14 minutes in we discuss APRIL and the NGO campaign on deforestation against them.

During our meeting he described Asia Pacific Resources International Limited (APRIL) as one of: “the last big players which has not yet come to the table” on the stopping of natural forest clearance.

Last week and this weekend media around the world were reporting that :

…APRIL, which is Indonesia’s second largest paper and pulp company, will now rely solely on plantations to provide the fibre for its pulp. The announcement comes after rival Indonesian company Asia Pulp and Paper (APP) announced in 2013 it would cease logging in natural forests.

APP and APRIL account for 80 per cent of Indonesian pulp production and were the only large-scale producers who used rainforest fibre. “This is a major step in our 15-year sustainability journey,” said APRIL group president Praveen Singhavi.”

This is of course great news all round. The arguments were complex, and sources I know close to APRIL have often said the company was more willing to compromise than NGOs would give it credit for.

Either way, the deal has now been done, and if I was a betting man I’d suggest this deal, as with the one with Asia Pulp & Paper will hold for many years.

The question now is, have we reached one of those famous ‘tipping points’ that we all love to write about and talk about?

I put it to John Sauven that the market demand in China and India for unsustainable natural resources may prevent this tipping point (20 mins into the podcast) from happening, in a general sense. “This might have been the case 10 years ago, but not today, the world is too interconnected” was his response.

His point is that all big companies want credible banking facilities to re-assure customers and secondly, that large Indian and Chinese companies are increasingly interlinked with Western brands. “The Unilever and Nestle’s of this world are big in China too”, he points out.

Let’s hope that’s right, and what’s left of South East Asia’s forests can be saved for big company over exploitation. 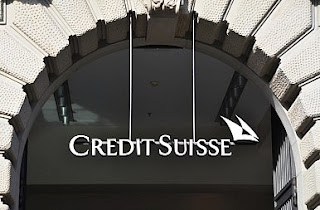 First, the arrangements that banks have to finance further or remaining/existing unsustainable resource extraction activities are going to come under increased focus for campaigners.

That’s a long term trend but I can see it accelerating now. NGOs need targets. Banks make good ones.

(perhaps Vietnam, Lao, Myanmar and Cambodia aside, I don’t know the numbers / much about the situation there, except that it’s bad, and very corruption driven/enabled)

Thirdly a new front is opening, and may be much harder to tackle. That of deforestation in Africa. A recent presentation I put together touches upon that (see slide four) and on general trends.

This may be even tougher to tackle than the issues companies, governments and NGOs struggle with in the Amazon or SE Asia, where fewer governments are involved.

The temptation to use cliches here abounds. Start of a journey, only just begun, a few battles won in the long war, etc etc. All may be true.

One thing that is clear, is companies are going to have to get a lot more granular in their supply chain information gathering, monitoring and management in the coming years.

That is, if they want to be seen to be on the right side of natural capital protection and secure sustainable resources for the future.

There are still many for whom this doesn’t register. But at least after last week there’s one fewer of those, in the shape of APRIL. That we should celebrate.

(We’re bringing together companies such as APRIL, with leading players in the business, NGO and governmental areas, to debate practical progress in Singapore on 28-29 September. Join us here.